How to Release a Stuck Cake From a Bundt Pan 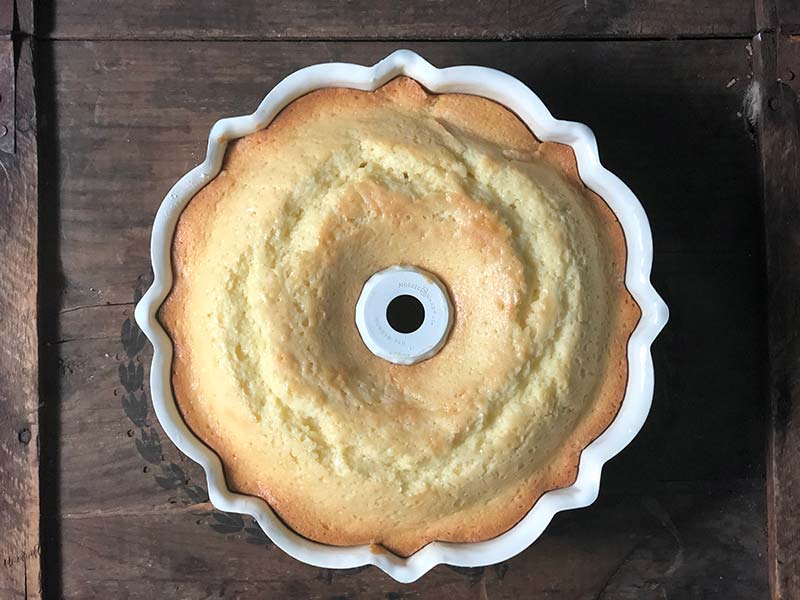 If you’ve landed here, chances are that you just devoted at least a couple of hours to perfecting a delicious bundt cake recipe only to spiral into a panic because you can’t get the thing to release from the pan. Bundt pans are notorious for being tricky. It seems that even when you douse the pan in cooking spray, the cake still doesn’t want to budge after being baked. Don’t give up on your cake now though! There is an easy way that you can get the cake out of the pan in one piece.

Before proceeding with the tips and tricks below, you want to be sure that your cake is completely cooled or else it may crumble apart.

The Best Trick For Releasing a Cake From a Bundt Pan

First, use the back of a butter knife or a straight edge spatula to gently separate the edges of the cake from the pan. Run the knife or spatula along the entire perimeter and then along the tube of the pan where the hole of your cake is. Sometimes, this alone will do the trick. Usually the cake likes to cling to the tube in the middle, so nudging it loose there can be all it takes. After doing this, carefully flip the bundt pan over and lightly shake it. However, if the cake still does not want to budge, then it is time to move on to my secret trick.

How to release a stuck cake from a bundt pan

Voilà! The heat and steam from the cloth helps the cake to stop clinging to the sides of the pan. Your cake is finally free.

Avoiding a Stuck Bundt in the Future

To try to avoid the whole mess in the future, there are a few things to keep in mind:

Use a non-stick pan!

Grease the pan, a lot.

There are a few different ways that you can grease a bundt pan. Most people tend to use a non-stick cooking spray, such as PAM. However, this isn’t the best method if you are concerned with your cake sticking to the pan. Instead, consider greasing your pan with butter or shortening.

Greasing a bundt pan with butter: To grease the pan with butter, simply take a stick of butter that is at room temperature and rub it along the inside of your bundt pan. To ensure all parts of the pan are greased, use a pastry brush to get the butter into all the nooks and crannies. One thing to keep in mind is that the butter will affect the taste of your bundt, but likely in a good way. The outside of the bundt will be nice and rich.

Greasing a bundt pan with vegetable oil: Finally, you can also use vegetable oil to grease your bundt pan. Simply pour the oil into the pan and swirl it around to ensure that all parts of the pan are coated.

Should you coat your bundt pan with flour or sugar?

Some bakers believe that flour can help keep your cake from sticking to the bundt pan when it is done baking. The idea is that, as the cake bakes, it will cling on to the flour rather than the pan. I’ve also read some instances where sugar is used instead of flour for the same purpose. However, I tested this out and was not pleased with the results.

In the image below, I greased my bundt pan with butter and then sprinkled one half of it with cake flour, a quarter with granulated sugar, and a quarter with powdered sugar. I wasn’t happy with the outcome of any of these coatings.

The issue with the flour was primarily that it left a thick residue on the cake that completely altered the flavor of it (and not in a good way.) Furthermore, it made the top of the cake mushy. No thank you!

The issue with both the powdered sugar and granulated sugar is that it ripped the top of the cake right off! This is basically my worst nightmare when it comes to making a bundt. You want the top to be gorgeous and intact.

End result: do not coat your pan with flour or sugar. The grease alone will do its job. If you want to be sure that the bundt doesn’t stick, then just do a good job greasing the pan.

If you found this trick for getting a stuck bundt cake out of the pan helpful, be sure to pin this tip! 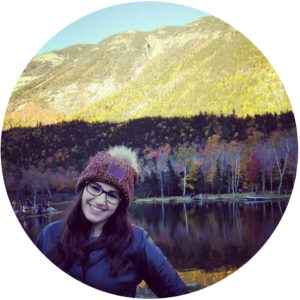 My love of baking didn't begin until my husband taught me how to use a Kitchen Aid mixer, but the rest is now history.

"There was the doughty doughnut, the tender oly koek, and the crisp and crumbling cruller; sweet cakes and short cakes, ginger cakes and honey cakes, and the whole family of cakes. And then there were apple pies, and peach pies, and pumpkin pies; besides slices of ham and smoked beef; and moreover delectable dishes of preserved plums, and peaches, and pears, and quinces; not to mention broiled shad and roasted chickens; together with bowls of milk and cream, all mingled higgledy-piggledy, pretty much as I have enumerated them, with the motherly teapot sending up its clouds of vapor from the midst."

Sign up to get e-mail notifications whenever a new recipe is posted!